VOLITION ON MULTIPLE “BEST OF THE YEAR” LISTS!

Gearing up for a 2020 release, VOLITION is thrilled to land on multiple BEST FESTIVAL FILMS OF 2019 LISTS!  Thank you HorrorHound.com, SliceofSciFi.com and ThePeoplesMovies.com, among others, for the shout outs!  We’re thrilled to sit alongside such films as Us, Midsommar, Freaks and Parasite!

To top it off, the reviews on these list have been absolutely stellar, as you can read below!

HORRORHOUND.COM
“Volition – by Tony Dean Smith (Frightfest)
One of the few films found on my favorites list this year to play more than the top tier festivals, Tony Dean Smith’s Volition is one of the truly, best hybrids of horror and science fiction this year and perhaps this decade. Anchored by a series of stellar performances that lays a human foundation to the complex storytelling, the film features lead actor Adrian Glynn McMorran as ‘James’ and the character ‘Uncle Ray’ played by the versatile John Cassini. Volition, tells the story of James, who is afflicted by clairvoyance. Going down a wrong path since he was a teen, James one day, witnesses a bunch of events that may lead to his death. As a mysterious woman and a former friend enter his life, James’s world is turned upside down as he puts the pieces together in search of the meaning behind these events as well as who he can trust. One of the most surprising films this year, the Smith Brothers (Tony and Ryan) craft a complex narrative that weaves a mystery that compliments the emotional weight, flawed characters, stellar cinematography, and circular storytelling. Tied up nicely with the strong edit by Tony Dean Smith, Volition just hooks you with the humor, horror, and heart from moment one. (TBA 2020)”

THEPEOPLESMOVIES.COM
“Thematically Volition is a rich and diverting experience, with moral and ethical conundrums orbiting the central concept of the pliability of fate. The choices finally made by the likeable James, as he seeks to break from the white knuckle grip of inevitability, are compelling and unexpectedly moving.
Movies with this much intelligence and finite logistics are often prone to smug self-aggrandising. They seem to relish the Machiavellian headlock they have inflicted on the viewer, forcing them to acquiesce in the sheer cleverness of it all.  Where Volition is crucially different is that it presents its elegant narrative as a case for cherishing the present we live in as connected humans, rather than a celebration of its own hubris.
Volition is an exceptional genre flick with a shit ton of ideas and the limitless heart to express them in a way that charms rather than bulldozes.” 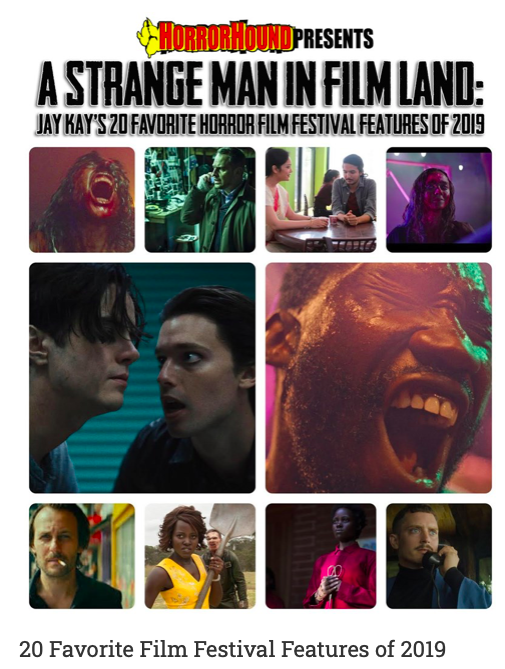