THE ROAD TO GETTING GREEN-LIT

Volition, like a lot of movies, has gone through many ups and downs to get to where it is now: ready for production. As we continue to go through our prep, we thought it might be helpful to other budding filmmakers to give you some insight into our process, so that you can be even more prepared than we were for the road that leads to getting your film into production.

The main gist of this story is (spoiler alert): don’t give up! Seriously, this project took so much perseverance to get financed that we considered shelving it many times. Luckily, that little inner voice that gets louder and stronger through time and experience kept yelling at us, “Don’t give up!” So we didn’t.

The road to any success is filled with so much failure. But this “failure” is just information. Along the way, you learn who you are, what you’re about, what you’re into – and what you’re not into. We had a few offers from some very exciting companies in the US, who wanted to make the movie with us, but for various reasons (casting, tone, etc.), it just wasn’t the right fit. Here’s what we knew going in to our meetings. We wanted to make an “independent film,” where we could stay true to our artistic vision – and live/die by that mantra. We didn’t want this to be (respectfully) a TV Movie. We needed to take a chance and go for what we thought would be the right fit for this movie, which is a genre mix, of films like Memento and True Romance. So, with all of those variables in place, we finally realized that we weren’t interested in selling the property for another team to make. Rather, we had to become entrepreneurs and look for financing. This was a drastic shift in our thinking – and, while it came with far less guarantees, it felt right. This meant, we had to create a business plan, a marketing plan, a look-book and pitch documents. We had to be the driving force behind getting this screenplay into production. With these “sales tools” in place, we knocked on many more doors, and, while we had some promising leads, we couldn’t find the right match for financing. It was around this time that we began to chat with Paly Productions – who are all about giving the artists the opportunity to do what they do best with zero interference. Months later, and with everyone’s signatures in place, Volition was green-lit. An overnight success. And it only took 4 years. J 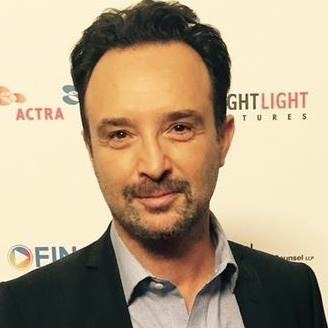 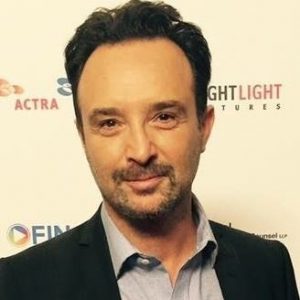